How fructose can wreak havoc on your health 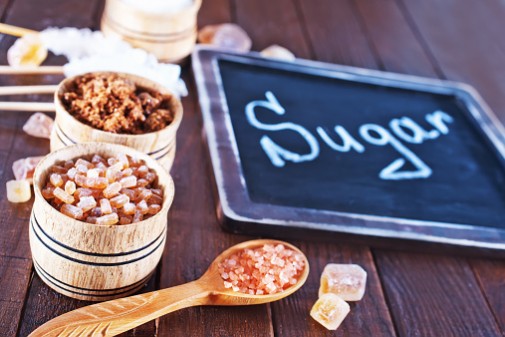 Published in the journal Scientific Reports, the research drew conclusions from two groups of mice, one that was fed a diet in which 18 percent of the calories came from fructose (mimicking the intake of U.S. adolescents) and another that was fed 18 percent from glucose. Both groups consumed the typical caloric intake for a mouse.

“We designed this study based on the intake of fructose by adolescents in the United States,” said Justin Rhodes, study leader at the University of Illinois at Urbana-Champaign, in a news release. “Our study suggests that such levels of fructose can indeed play a role in weight gain, favor fat deposition, and also contribute to physical inactivity. Given the dramatic increase in obesity among young people and the severe negative effects that this can have on health throughout one’s life, it is important to consider what foods are providing our calories.”

The research further taints the reputation of fructose, a simple carbohydrate derived from fruit and vegetables that appears to behave more like fat in the body than like other carbohydrates. Sucrose, glucose and fructose are all carbohydrates.

Because fructose has been added to many soft drinks and processed foods over the last 40 years, consumption of the sweetener has increased dramatically. Fructose accounts for 10 percent of caloric intake of the average American and up to 23 percent of the daily caloric intake for male adolescents, the top fructose consumers, which is four times more than the maximum levels recommended by the American Heart Association.

“People should educate themselves about what they are eating and drinking and always read labels,” said B.J. Ray, registered nurse and certified wellness program manager at Advocate Good Samaritan Hospital in Downers Grove, Ill.

The American Beverage Association, an industry lobbying group, disputes the claim that fructose has a significant effect on weight gain when compared to other carbohydrates containing the same amount of calories.

Existing evidence has shown that weight gain occurs from the consumption of calories from any source – if not burned off through physical activity and normal metabolic processes, according to one of the association’s websites.