Dietitian Julie Upton, MS, RD, of Appetite For Health, digs into the results of a new study comparing calorie counts of fast-food entrees versus fast-casual meals. 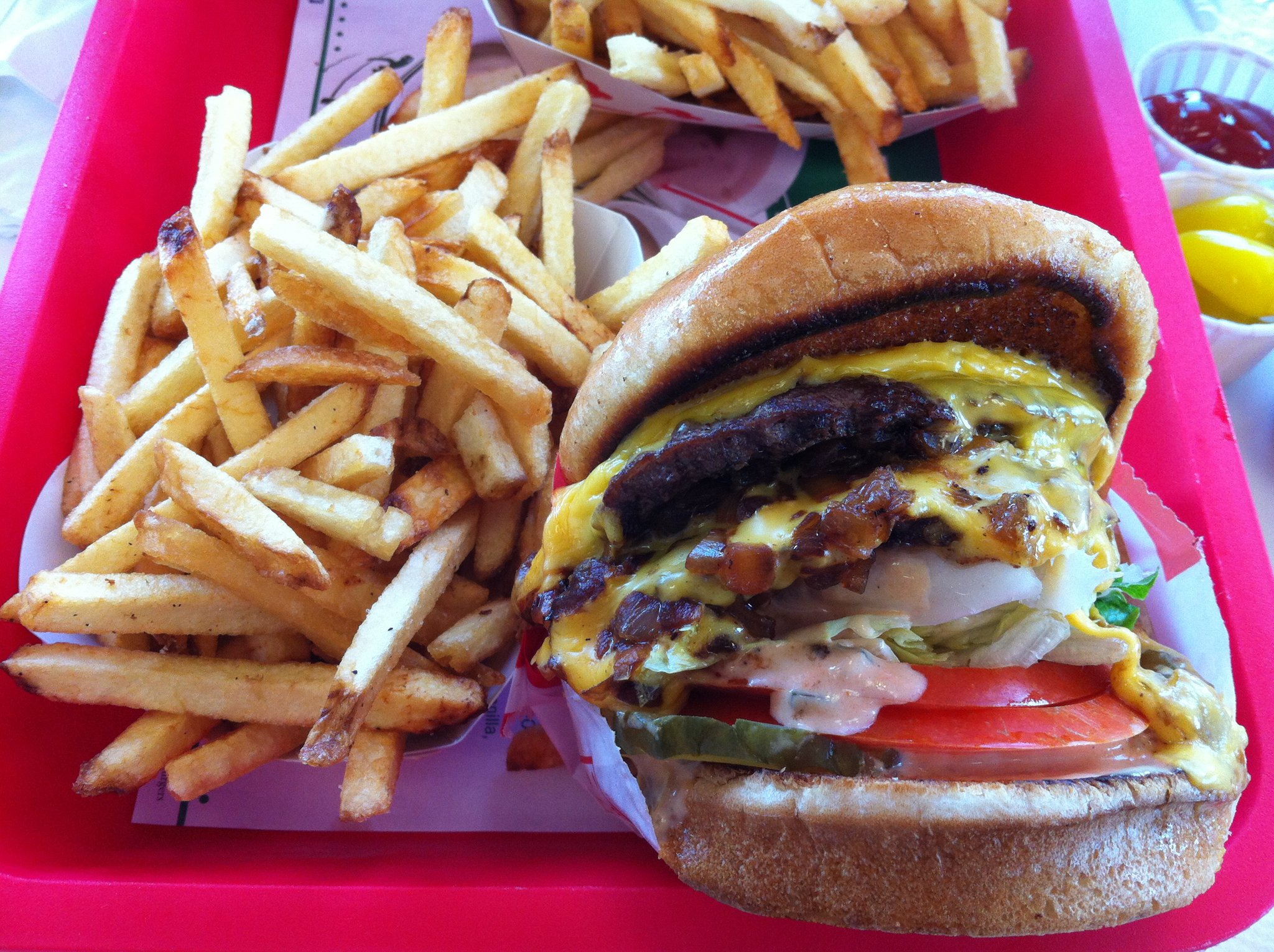 Even the researchers were scratching their heads about the results of this study.

Fast-casual restaurants, like Chipotle, Panera and Five Guys, are perceived as being healthier than traditional fast food chains — and that’s part of the reason why sales at these eateries are soaring while sales at fast-food restaurants are sagging. Despite the marketing efforts that highlight fresh, high-quality ingredients, there are no studies that highlight the nutritional differences between typical fast-food and fast-casual fare . . . until now.

Results of a study published in the Journal of the Academy of Nutrition and Dietetics reveal that entrees at fast-casual restaurants are actually higher in calories than fast food entrees, calling into question the “healthfulness” of fast-casual choices.

Related:
If You’re at Chipotle, These Are the Leanest, Lightest Orders
Surprisingly, Not Everything at Taco Bell Is Terrible For You: Try These 8 Protein-Packed Orders

The study evaluated the calorie counts of 3,193 lunch and dinner entrees from 34 of the leading fast-food and 28 fast-casual restaurants. (Pizza chains and coffee shops were not included.) The calories for a single entree ranged from an average of 308 calories at White Castle to more than 1,000 calories at Boston Market. Fast-casual entrees averaged 753 calories compared to an average of 549 calories for fast-food entrees.

The bottom line: Fast-food entrees have about 200 fewer calories than fast-casual entrees, on average.

Excess calories contribute to weight gain, which can wreak havoc on your health, so it’s important that what you choose when eating out fits into your calorie budget. (Most women need around 1,800 to 2,000 calories a day, or meals that provide about 500 calories with a couple of 200-calorie snacks.) No surprise here, but high calorie counts tend to indicate large portion sizes or that an item is rich in fat.

Here’s a bit of shocker: the lowest calorie counts were found at fast food restaurants many health-conscious consumers would not even consider, including White Castle, Krystal, In-N-Out Burger, Del Taco, McDonald’s and Chick-Fil-A. In fact, the majority of the fast-food options evaluated contained less than 500 calories. Subway, which often markets its better-for-you choices, averaged just under 400 calories per entree, the third-lowest entree calories among the fast-food chains.

On the flip side, some of the most popular fast-casual restaurants that have a health halo, feature some of the most calorie-rich menu items. Boston Market, Firehouse Subs, Baja Fresh, Togo’s and Smashburger entrees averaged 800 to 1,000 calories — enough fuel for two meals for most women. Only eight of the 28 fast-casual restaurants surveyed had entrees that provided less than 600 calories, on average.

“Regardless of where you eat out, you need to pay attention to what you’re ordering,” said Danielle Jake-Schoffman, Ph.D., from the University of Massachusetts Medical School and lead author of the study. Fast-casual restaurants are marketed as healthier alternatives to fast food due to higher-quality ingredients, but that doesn’t mean that their menu choices are automatically healthy. “You need to be savvy and use common sense. Healthy ingredients can be part of an unhealthy package.”

Since this study compared only calories, the researchers suggested that future studies should analyze the nutrient content of menu items to get a better picture of the entire nutritional package. What’s more, this analysis included only single menu items, while many diners choose multiple menu items or “Value” or “Combo meals” that include a side, like french fries or a soda or other type of sugary beverage.

Review the Nutrition Facts Before Ordering: Studies show that few diners actually look at the Nutrition Facts of menu items before ordering. All of these restaurants have the nutrition information readily available (online or at the restaurant) so use it to help guide your choices. A meal that contains 400 to 500 calories is sufficient for most women.

Avoid “Combo” or “Value Meals”: A combo or value meal may be more wallet-friendly but it will likely blow your calorie budget. That’s because combo meals are generally bundled with a 300- to 400-calorie side of fries, a 250-calorie bag of chips or a 200-calorie cookie.

Get It Customized: Almost all restaurants will accommodate special requests. Ask for more veggies and skip the cheese. Opt for your burger without a bun or your burrito in a bowl rather than on a tortilla. At Mexican restaurants, ask for extra veggies and avocado in place of sour cream and cheese.

Limit Extras: Restaurant chains that offer the most a la cart additions, like Boston Market, sandwich shops and Mexican eateries, are where it’s easiest to overdo calories. Stick with a few healthy extras — like veggies, beans or avocados, and skip everything else.

Keep Beverages Calorie-Free: Liquid calories do nothing to help you stay satisfied, so it’s best to avoid them when eating out. Choose water or other calorie-free choices.