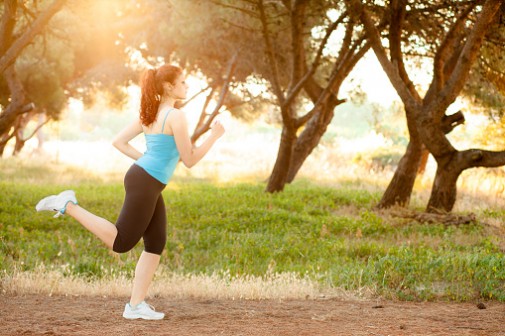 Some people with asthma avoid exercise because they worry it could cause wheezing or an asthma attack, but it might be time to lace up their running shoes, as a new study suggests regular aerobic exercise may actually improve symptoms.

Researchers at the University of Sao Paolo in Brazil looked at two groups of people with asthma. One group was assigned breathing exercises for 12 weeks, while the other group performed the breathing exercises and exercised on a treadmill for 35 minutes twice a week.

In the end, those who used the treadmill enjoyed more days without asthma symptoms, improved lung function and more aerobic power. In follow-up surveys, they also reported an increase in quality of life compared to those who did only the breathing exercises. Based on their results, the study authors suggested aerobic exercise be routinely added to treatment plans for those with asthma.

“This is very good news for asthma sufferers who may have avoided exercising out of fear that it would aggravate their symptoms,” says Dr. Raj Gupta, pulmonologist with Advocate South Suburban Hospital in Hazel Crest, Ill. “There are many fitness options to explore, so everybody should be able to find something that works for them. Whether taking up long-distance running or signing up for a Zumba class at the gym, what’s most important is to get moving.”

The researchers also looked at some clinical measures like bronchial hyperresponsiveness and levels of proteins and antibodies associated with the disease. At the end of the study, BHR and the protein levels had fallen in those that had exercised.

According to the American Academy of Allergy, Asthma and Immunology, even people with exercise-induced asthma can find safe activities. The humidity and moisture of a swimming pool can help reduce symptoms, and team sports that require short bursts of energy like baseball and football, may be less likely to cause trouble.

“Asthma management starts with identifying triggers,” Dr. Gupta says. “Once triggers are identified, the patient and physician can create a prevention plan together. It is vital that people with asthma use all of their medications properly and always carry a rescue inhaler, especially when exercising. Proper hydration can make a huge difference and some find that using their rescue inhaler about ten minutes before exercise can prevent symptoms.”

Dr. Gupta recommends people with asthma consult with their physician before beginning a new exercise program. Together, the patient and physician can monitor their progress and adjust their treatment plans and fitness routines, as needed.