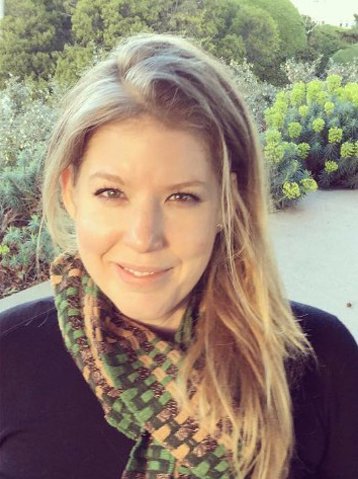 Meet Brooke, an empowered, strong, and inspiring woman from San Francisco, who is taking her health into her own hands and turning her entire life around with her conscious choices and habits. So far, Brooke has lost over 100 pounds.

Multiple factors have contributed to Brooke’s awe-inspiring success — she does the Kayla Itsines BBG workouts and Pilates, goes hiking, and preps her meal. But what she most wanted to share about her journey — in which she went from a size 22 to a size 12 — is that “changing behavior through healthy habits and real food are imperative for sustainable weight loss.”

A Lifelong Journey: From Obese to Healthy

Her journey started at an early age. When she lost her grandmother to cancer, she turned to food as a source of comfort . . . at the age of five. “One of my earliest memories is hiding under a table and eating at my grandmother’s wake,” said Brooke. “I don’t ever remember a time in my life when I wasn’t losing weight, gaining weight, or desperately trying to maintain my weight.”

The lifelong battle had begun. She turned to food, then turned to diets. “I have done every diet out there, probably twice, each with varying degrees of success,” Brooke told us. Each time she’d stop the diet, she’d gain even more weight back. 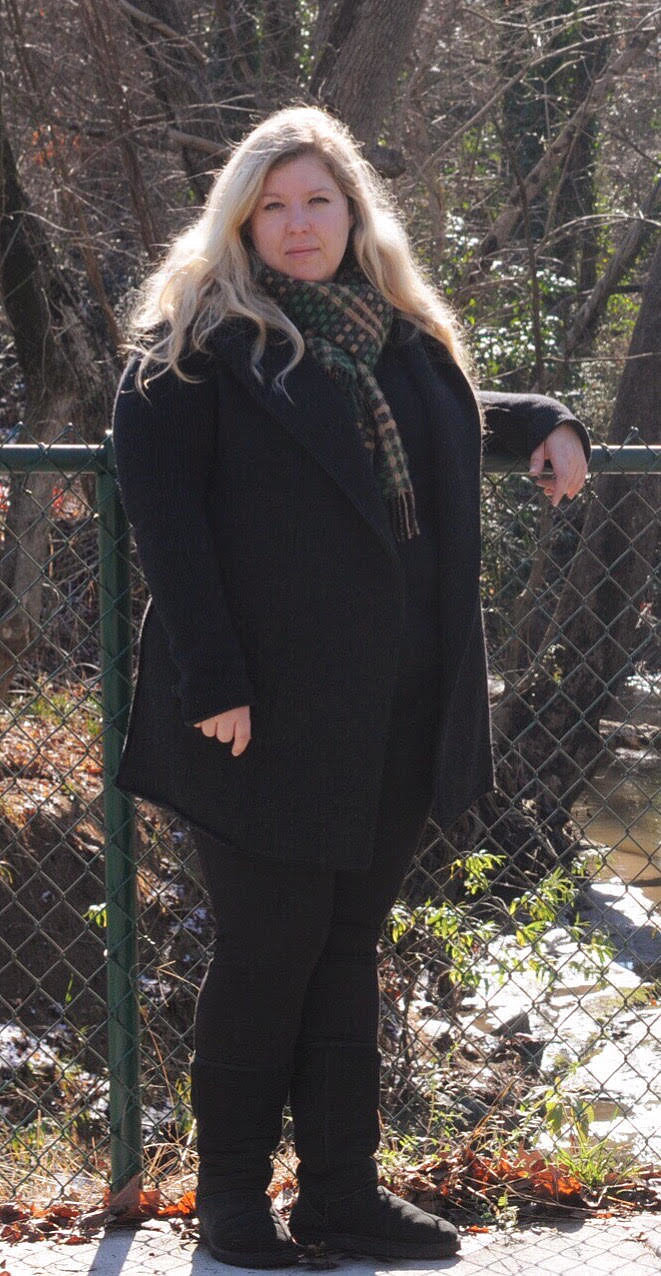 She started trying more extreme methods, like fasting, juice cleanses, and purging — and her struggle only worsened as she battled bulimia and food addiction. “Those periods of control would inevitably be followed by periods of being out of control. I was trapped in the cycle of restricting and binge-eating.”

It wasn’t until she hit a breaking point that she realized she needed to change something fundamentally. At nearly 300 pounds, Brooke said, “I realized I was slowly killing myself. . . . I finally took a step back and realized how insane my behavior was.” At that point, she turned to others for support and realized she wasn’t the only one going through this struggle.

“I carried around a tremendous amount of shame about my weight,” said Brooke. “It was liberating to let go of that and realize that I wasn’t alone.”

Alone she is not. Through this awakening and “peeling back the layers of shame,” as she puts it, Brooke discovered the thriving BBG community on Instagram. Scrolling through hashtags like #BBG and #KaylasArmy, she wondered “who is this Kayla person and why does she have an army?”

Brooke’s use of social media as a support system ended up being a pivotal move in her journey and opened her up to a community that would change her life. After losing some significant weight, Brooke started through the BBG programs with millions of women around the world and turned to the community for strength. “It’s empowering to be vulnerable about our flaws, share our goals, and cheer each other on.”

Brooke weighed nearly 300 pounds just four years ago. She had debilitating plantar fasciitis and said she could hardly walk a few blocks. Her first goal? Get a FitBit and go for 10,000 steps per day. “It was a way to start moving,” she said.

This positive step (10,000 steps, actually) snowballed into greater choices. “It was more about becoming active rather than calories burned.” And her consistency has been key. She committed to this goal every day for four years, and her four-year average is now 11,000!

When Brooke wanted to push herself further, she got into hiking. “I really started noticing the mental benefits of exercise and fell in love,” said Brooke. 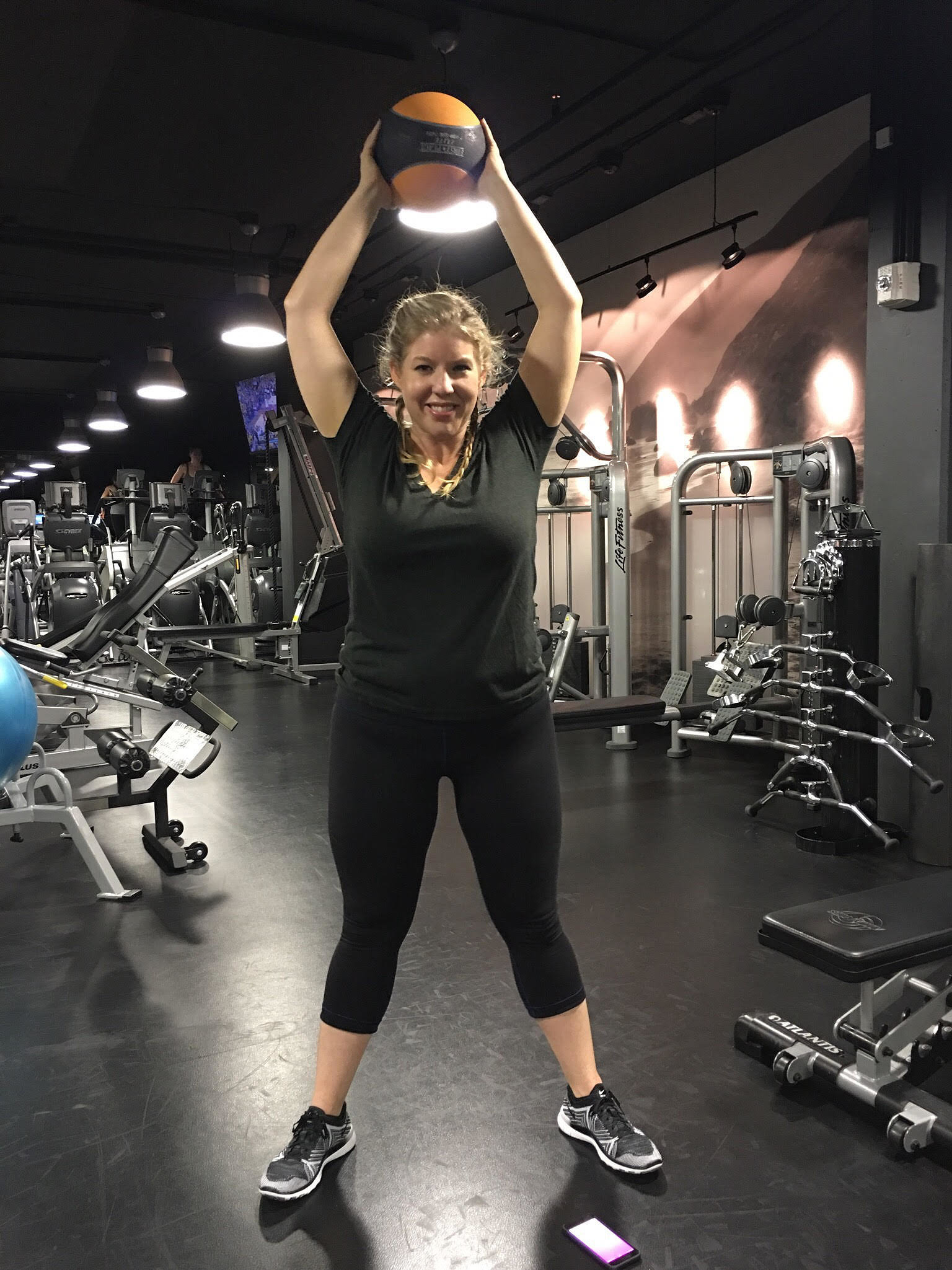 Her new love for movement was taken to another level with the BBG program, which has only intensified her overall love for fitness and a healthy lifestyle. Today, Brooke combines hiking, BBG, and Pilates.

In the past four years, Brooke has made huge fundamental behavioral changes. She knows from research that permanent lifestyle changes — not diets — are what works for sustainable weight loss and has since learned that extreme physical exertion and starvation aren’t going to work.

Brooke’s approach to food has completely 180-ed. Her golden formula? Mindful eating, meal prep, and greens at every meal.

“Being obese, the priority was changing my eating habits and beliefs about food,” she said. “For so long I viewed food as a moral issue, like certain foods were ‘good’ or ‘bad’ and if I ate them I was ‘good’ or ‘bad.’ . . . But that’s warped” (seriously). “Food is food and it can be used for fuel or pleasure, but it doesn’t define my character.”

This honesty helped her focus on the bigger picture and identify which foods triggered overeating — this led to mindful eating. She cut out the trigger foods, “not because they made me fat or I wanted to lose weight, but because I wanted to feel good.”

Brooke also shared some relatable advice: don’t try to cook supercomplicated recipes based on a restrictive diet — you might crash and burn (like she did) and end up at a drive-through because you’re so frustrated (and hungry)! Instead, turn to meal prep.

“Preparing meals at home is one of the most effective ways to manage weight, but it has to be easy and enjoyable or it won’t happen consistently.”

She also loves adding greens to every meal, because “it’s universal and can be applied to any diet.”

Brooke tells us that it’s much easier to create a new positive habit than to break a negative habit. One positive choice (like adding in vegetables) can have a snowball or ripple effect, leading to healthier, better choices in other areas. It’s helping her stay on a healthy track and meet new goals.

What are those goals? What does a goal look like for someone who has already lost so much weight? “More love and acceptance of my body.” Her journey will never end, and she challenges herself to be a little bit better every single day.

Brooke’s advice for someone just beginning their weight loss:

“Just start. Then don’t stop. Everything else is just details. It’s a lifelong journey and it won’t be linear, but it will be worth it. Get brutally honest with yourself, and if you can, with another person. Question the excuses that are holding you back, and never, ever give up.”

She noted that if you too are “in the thick of it,” she would love to hear from you. You can reach out on her blog, or send her a comment on Instagram.