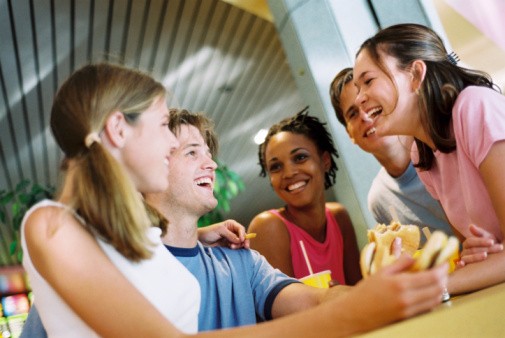 People typically attribute a fast metabolism to the fact that some people can eat fatty and salty foods on a daily basis without gaining a pound. However, researchers now may have another explanation for their slim physique.

“People focus on how much fat or sugar is in the food they eat, but [in our experiments] something that has nothing to do with caloric content—sodium—has an even bigger effect on weight gain,” said Justin Grobe, assistant professor of pharmacology at the UI Carver College of Medicine and co-senior author of the study in a news release.

While hearing that high fat, high sodium diets are linked to less weight gain may cause some to believe this diet could be a healthy option, Rosemary Mueller, a registered dietician with Advocate Medical Group in Libertyville, Ill, says that this is not the case.

“In humans, there are well known digestive ill effects of increased amounts of fast foods, very high in both sodium and fat,” says Mueller. “Consumers, particularly those who have cardiovascular disease, high blood pressure or renal disease, may be playing with fire if they radically experiment with this type of diet.  Very high levels of salt as well as saturated and trans fat consumption are still associated with increased risk of cardiovascular disease, Type 2 diabetes and obesity,”

When it comes to consuming sodium, Mueller says that adults and children over the age of two should focus on getting a moderate amount of salt in their diet as people tend to get plenty of sodium from their diet without adding any additional salt.

She recommends eating healthy monounsaturated fats like olive oil, nuts in moderation, omega-3 rich fish such as salmon, and avocado while keeping saturated fats from meats, butter, cheese, whole milk, cream and whole eggs in moderation, along with foods made from solid shortenings, palm and coconut oil.